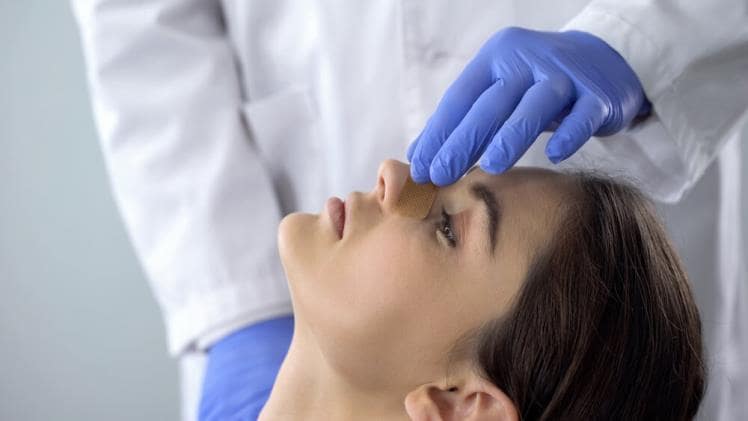 Statistics show eight in ten people have some degree of nasal septum anomaly. People only notice when the abnormalities of the nasal passage are severe. If you have breathing difficulties, consult Dr. Mani H. Zadeh, MD, FACS, for effective deviated septum Los Angeles treatments.

What is a deviated septum?

The septum is the cartilage tissue that divides the left and right sides of the nasal cavity. Ideally, it should separate both sides equally, but most people have slight deviations.

If the nasal septum leans to one side, it is said to have deviated. A deviated septum can trigger several complications. Depending on its severity, it can cause headaches, infections, and breathing difficulties.

Causes of a deviated septum

A deviated nasal septum may be a genetic disorder present from birth. Symptoms may intensify as the patient grows older. Physiological changes can influence the structure of the nose, increasing the severity of the condition with age.

The septum could become deviated due to trauma or injuries. The problem may arise after impact when engaging in sporting activities like boxing. Automobile and fall accidents at work could also cause septum anomalies.

Patients with a deviated septum may have varying symptoms, ranging from mild to severe. Some people only experience headaches and nosebleeds.

Severe cases lead to mouth breathing and dry mouth. A dehydrated oral cavity can increase the risk of nasal infections. The microbes irritate the nasal passages and may trigger an inflammation of the eye and brain.

A deviated nasal septum can also lead to sleep apnea, a condition where breathing is interrupted during sleep. Sleep apnea disrupts deep sleep and diminishes the oxygen levels in the body. Patients often wake up feeling restless and fatigued.

If untreated, sleep apnea can cause stroke, diabetes, and heart failure. It may worsen mental health problems such as depression and ADHD. Sleep apnea also affects performance at work and school.

The diagnostic process starts with an examination of your nasal cavity. It assesses the position of the nostril and how it impacts breathing. Your doctor will also ask questions about your sleep patterns, sinus problems, and breathing difficulties.

Your provider may use a fiber-optic endoscopic tool for accurate visual data of the nasal cavity. The device’s precision allows your doctor to discover undetected abnormalities contributing to breathing problems.

If the nasal abnormalities are caused by trauma, it may necessitate a CT scan. The images will help establish the extent of the damage to facial and nasal tissue.

Treatment for a deviated septum

The primary mode of treatment for a deviated septum is surgery. The procedure is minimally invasive, leaving no incisions on the skin.

However, not all patients require surgical treatment. You can manage mild symptoms with medication.