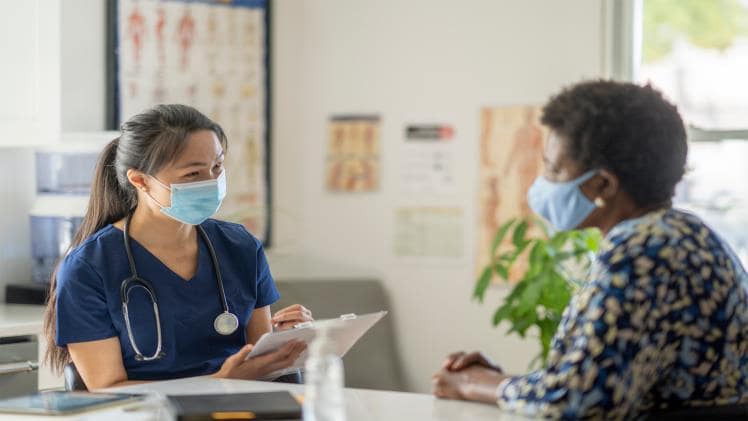 Uterine fibroids are a common condition affecting around 80% of women before the age of 50. Uterine fibroids are often benign and asymptomatic in their early stages. Many females don’t even know they have fibroids. It may be simple to overlook early signs of fibroids. However, uterine Fibroids Garden City can produce symptoms that vary from bothersome to seriously impairing quality of life if they become large enough. The size and kind of fibroid, defined by where in the uterus they are placed, frequently impact the type and intensity of the symptom.

Here are common symptoms of fibroids.

One typical sign of fibroids is very lengthy or heavy menstrual bleeding. Women report passing blood clots, soaking through pads in less than an hour, and being unable to leave the house on days when the flow is at its heaviest. Some women have anemia, also called a low blood count. Anemia can result in tiredness, headaches, and dizziness. To explore fibroid treatment options, you should consult your doctor if severe bleeding makes it difficult to carry out your daily activities or if you experience anemia.

A uterine fibroid is essentially an abnormal tissue proliferation, even though it is typically benign. Therefore, it should come as no surprise that having fibroids in and on your uterus might result in symptoms like fullness or bloating sensation. Particularly submucosal fibroids can cause the uterus to feel heavy. Since they occupy space designated for your uterus or other organs, fibroids can also cause nonspecific pain. A fibroid that outgrows its blood supply or considerably impairs the correct operation of other organs may cause acute discomfort, which is uncommon.

You may be aware that there are a variety of causes for a woman to feel discomfort during sexual activity, but did you also realize that uterine fibroids may play a role? Particularly submucosal and intramural fibroids deform the uterus, preventing it from functioning normally and making any pressure or contractions uncomfortable. If the fibroids are close to the cervix, it may lead to sex problems, including bleeding. The hormonal imbalance that fibroids bring about can also harm a woman’s libido, reducing the desire and making sex less pleasurable.

Your abdomen may enlarge due to big uterine fibroids, giving you a bloated, distended stomach. This can not only affect how you look, but it can also make it hard to locate clothes that fit and damage your self-esteem. Nobody likes to seem overweight, especially if the reason is a very treatable medical problem.

5. Leg and Back Pain

The most typical symptoms of subserosal uterine fibroids, which develop outside of the uterus, are back and leg discomfort. The spinal column is near the fibroid if found on the back of the uterus. If it grows large enough, it may push on or encircle nearby nerves, resulting in fibroid discomfort. The fibroid pressing against the sciatic nerve can also result in sciatica, which causes pain to radiate down the backs of the legs.